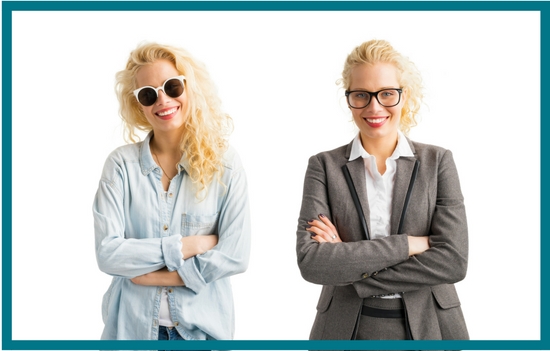 Have you ever had a mid-career fantasy where you quit your job and go do something new? Many people secretly admit to their coaches that they’re contemplating midcareer shifts. They may not actively seek change, but they certainly start imagining it. Of LinkedIn’s 500 million members, around 30% are active job seekers; 60% are passive job seekers (not proactively searching for new jobs, but seriously willing to consider viable opportunities). There’s also been a steady increase in self-employed and temporary workers over the last two decades. Entrepreneurship may sound lucrative every time a start-up goes public. Regardless of your age, background or professional accomplishments, you’ve probably dreamed about a new career at some point. Midlife is often a time when we re-evaluate our goals, aspirations and what truly matters to us in life.

In “5 Signs It’s Time for a New Job” (Harvard Business Review), Columbia University Professor Tomas Chamorro-Premuzic examines what happens to many people at mid-career.  Few of us actually shift to something different. As he explains, complacency often trumps transformation:

Humans are naturally prewired to fear and avoid change, even when we are decidedly unhappy with our current situation. Indeed, meta-analyses show that people often stay on the job despite having negative job attitudes, low engagement and failing to identify with the organization’s culture…So at the end of the day, there is something comforting about the predictability of life: it makes us feel safe.

Yet, who hasn’t experienced these feelings periodically? Do they mean you’re headed for a full-fledged midlife or mid-career crisis?

Hearing the phrase “midlife crisis” evokes the cliché of a successful man, between 40 and 55, who wakes up one day and decides he’s been chasing all the wrong things: his career, family, wife, car and possessions. Nothing provides him with the satisfaction he craves. He demands more.

Suddenly, he divorces, changes career or organization, dresses differently, gets a young girlfriend and buys a red sports car. Years later, he finds himself with the same unfulfilled yearnings, having metaphorically changed seats on the Titanic.

The term crisis also contributes to stigmatisation, as it suggests a shock, disruption or loss of control. But the actual data on midlife experience and the relationship between work and happiness points to something different: an extended and unpleasant—but manageable—downturn.

The average employee’s job satisfaction deteriorates dramatically in midlife, according to a UK survey conducted by Professor Andrew Oswald of The University of Warwick.

Midcareer crises are, in fact, a widespread regularity, rather than a few individuals’ misfortune.

But here’s the good news: In the second half of people’s working lives, job satisfaction increases again. In many cases, it reaches higher levels than experienced early in one’s career, essentially forming a U-shaped curve.

Subsequent research revealed this age-related curve in job satisfaction is part of a much broader phenomenon. A similar midlife nadir is detectable in measures of people’s overall life satisfaction and has been found in more than 50 countries.

The U-curve tells a more accurate tale of what happens midlife and mid-career. It’s not a story of chaos or disruption, but of a difficult—yet natural—transition to a new equilibrium.

In Search of Meaning and Wisdom

Psychologists have not yet determined why people in 50+ industrialized nations experience midlife crises. It’s certainly a major reason why executives hire coaches. “What’s next?” is one of life’s most worrisome questions. A coach can help you re-evaluate your cherished convictions, morals and guiding principles.

Experiencing disappointment doesn’t necessarily mean something is wrong. It signals that something is missing.

There’s a mental shift at midlife from “time since birth” to “time left until death.” We begin to feel that time is running out and, more crucially, question whether what drove us in the first half of life is worthy enough for a fulfilling second half.

Being aware of the pitfalls associated with the midlife experience can prevent you from committing irreparable errors. If you know you’re vulnerable to doubts, anxieties and mood swings, you can stop yourself from storming out of a meeting or acting out of desperation.

Consider retaining a professional coach to guide you through self-examination and reflection on what truly matters most to you. The process often entails reconnecting you to what you love about your life and career.

Clinging to the status quo may, on the surface, appear to be a safer, more mature choice. Nothing could be further from the truth. Redoubling your efforts to achieve happiness based on what drove you in the first half of life is foolish.

If you would like to talk to me about how you feel about your career then give me a call or send me a message, I’d like to hear from you